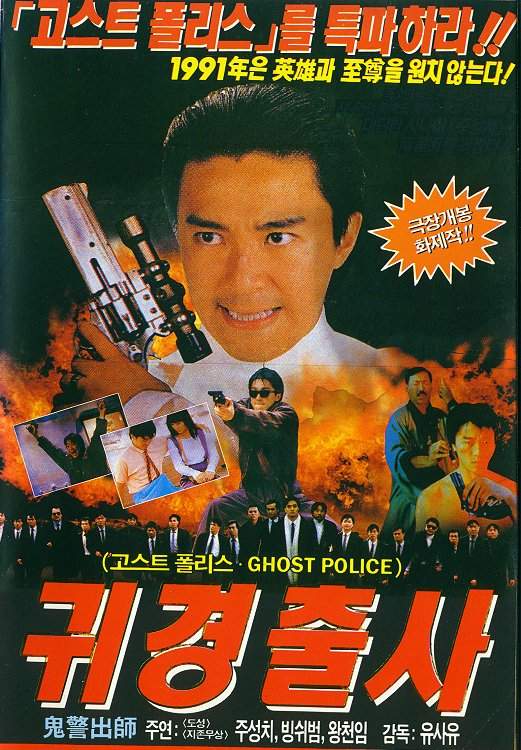 This is an extremely funny film and a must see for die hard Stephen Chow fans. You might say for his early work this is some of his funniest. The story is quite random and full of ghosts, super powers, fart jokes, and Bruce Lee Spoofing. The comical overacting and slap stick chaos make this movie special.

At one point Stephen Chow kisses his girlfriends father while under a magical spell...in another scene he urinates on a gun which is really the ghost of a dead cop. Really funny stuff. For such a tiny budget film the scope of the story is fantastical.

Its easy to understand the success of Stephen Chow's other projects after one has seen his bizarre and hilarious beginnings. Piao has been killed in a drug warehouse and its been written as a suicide. his soul come back as a ghost to try and fix this. his sky chosen savior is Hsing(Stephen Chow). Hsing agrees to find his killer for the price of helping him score girls and help with his job.

first of all the movies DVD remake is called Shaolin idiot. i thought this was a irrelevant title but whatever. The film itself was nicely directed. There's a little bit of everything in this movie. comedy action romance, its all nicely done. a problem is that this movie is like many other honk Kong films so if u watched a lot of hong Kong movie this movie might seem a little typical, but i overall great movie to see for fun. with Stephen Chow in it u can safely except a few laughs.